My most recent audience research trip took me to Darmstadt for this year’s Summer Course for New Music, one of the best-known and most established new music institutions in Europe. The Darmstadt Summer Course has been running since 1946 and its history and significance for the development of music have frequently been the subject of writings on 20th century music. It is also an institution that reflects a lot on its extensive history. In fact, just a couple of hours before the audience survey was handed out this concert by the Arditti Quartet, a discussion (following Georgina Born’s paper on ‘audiencing’) started up around the nature of the ‘Darmstadt audience’, how they could be encouraged to participate more actively and whether people from the local area do attend the Course’s events. Obviously, some of these questions overlap with mine. In a ‘Summer Course’ setting, where most events are by and intended for the course participants (i.e. composers, musicians and teachers), who is really the audience? Are these practitioners able to fully put themselves in the position of audience members at the course’s public concerts? Do interested members of local population attend and to what degree are they also musical experts?

Out of the 13 surveys I’m conducting across Europe, Darmstadt is most probably the setting with the largest number of new music professionals attending concerts. Since the questionnaire has been designed to capture the responses of audience members with any level of musical background and interest in contemporary classical music, I was concerned that the Darmstadt participants may not feel like the questions apply to them or would find it strange to be asked about their interest in new music in a context that assumes an expert interest in exactly this. But despite these concerns, the questionnaire was met with a strong response, 251 returned forms from the 350-400 audience members in attendance. The concert was the third in a trilogy of performances by the Arditti Quartet at this year’s Summer Course and the programme featured a solo cello piece by Brian Ferneyhough alongside three recent quartet works by Younghi Pagh-Paan, James Clarke and Ashley Fure. Fure’s ‘Anima’ for augmented string quartet  (augmented through mobile transducers that the players explore the surface of their instruments with) seemed to be the most divisive piece on the programme. Some enthusiastically named it as their highlight (‘the electronic mix was great, very focused and intense!’) whereas others found the high frequencies and the intensity of the feedback unpleasant and difficult to listen to.

A number of respondents felt there needed to be more contrast in musical style in the programme (‘everything sounded kind of the same’) and that it should have overall been shorter. Others asked for more context to be provided, with introductory talks from composers and more detailed programme notes being two suggestions for ways of offering this. An interesting comment on the concert format was left by one audience member, who found that the ‘traditional concert hall setup & presentation style feels extremely antiquated for this music – which brings the music down.’ Picking up on the audience participation debate that took place earlier that day, it seems like audiences do often want more opportunities to feel engaged and involved through new formats; in fact, one answer called for there to be surveys after every Darmstadt concert!

As for those who were among the minority of locals attending, I’ll have to get further into the data to see in how far their experience contrasts those of the course participants. Unfortunately, I was not able to offer German questionnaires as it would have been difficult distribute them easily to those who needed them (this was also an issue at Flagey), but at first glance, it does seem that a small number did answer the survey despite this. Some Summer Course participants referenced feeling new at Darmstadt (‘I am new to “New Music” and really enjoyed my time here’), which points to the existence of many possible ‘Darmstadt audiences’, with varying backgrounds and experiences. 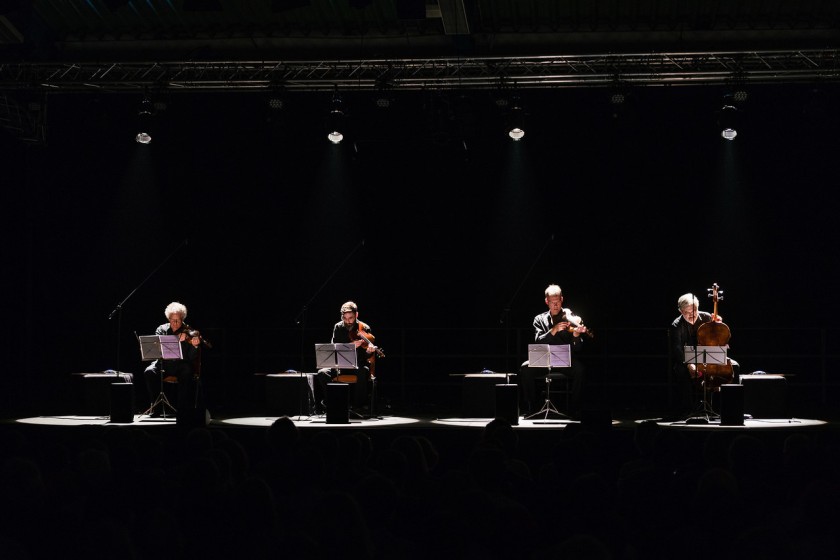 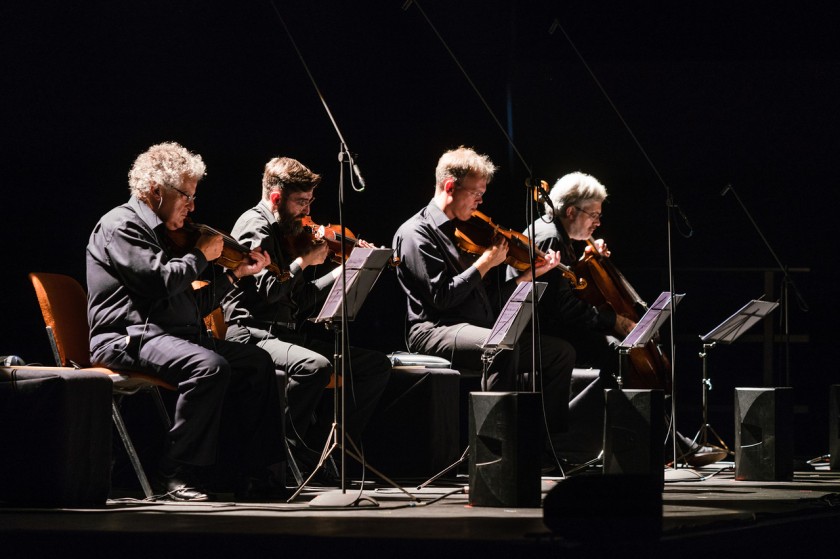